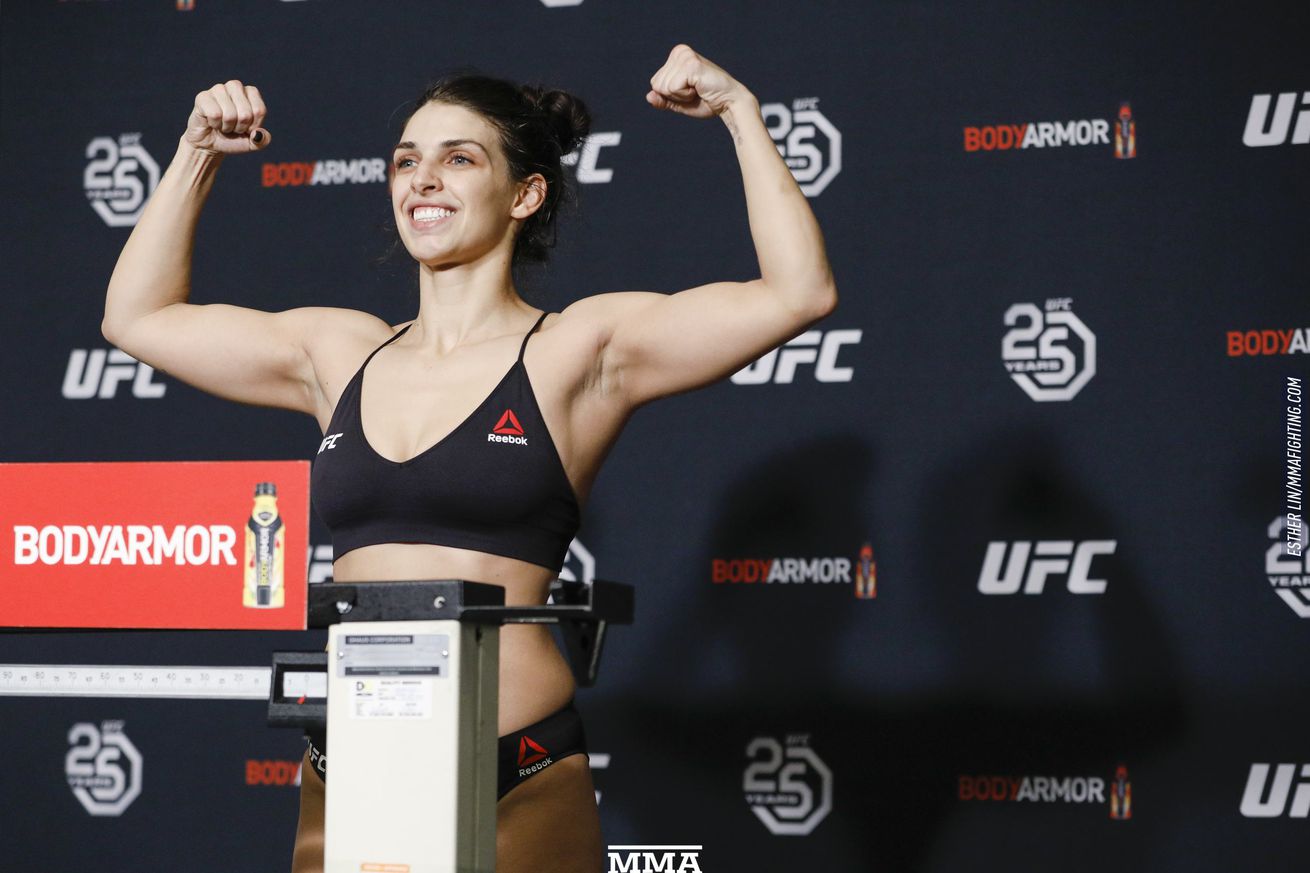 Strawweight prospect Mackenzie Dern will look to bounce back from the first loss of her career when she faces Ariane Carnelossi at UFC Fight Night from Lincoln, Neb. on April 25.

Regarded as one of the top up and comers in the women’s divisions, Dern came to the UFC with a pedigree in Brazilian jiu-jitsu and she quickly rattled off two wins in a row to start her career inside the Octagon.

Dern took off several months to welcome the birth of her first child before returning this past October. In her first fight back, Dern fell to Amanda Ribas via unanimous decision over three rounds.

Now she will return in April with a fight against Carnelossi, who is still attempting to secure her first win in the UFC.

Carnelossi debuted last September but lost to Angela Hill in the third round after she was not allowed to continue due to a cut.

She faces Dern in a growing card headed to Nebraska with light heavyweights Anthony Smith and Glover Teixeira set as the main event.