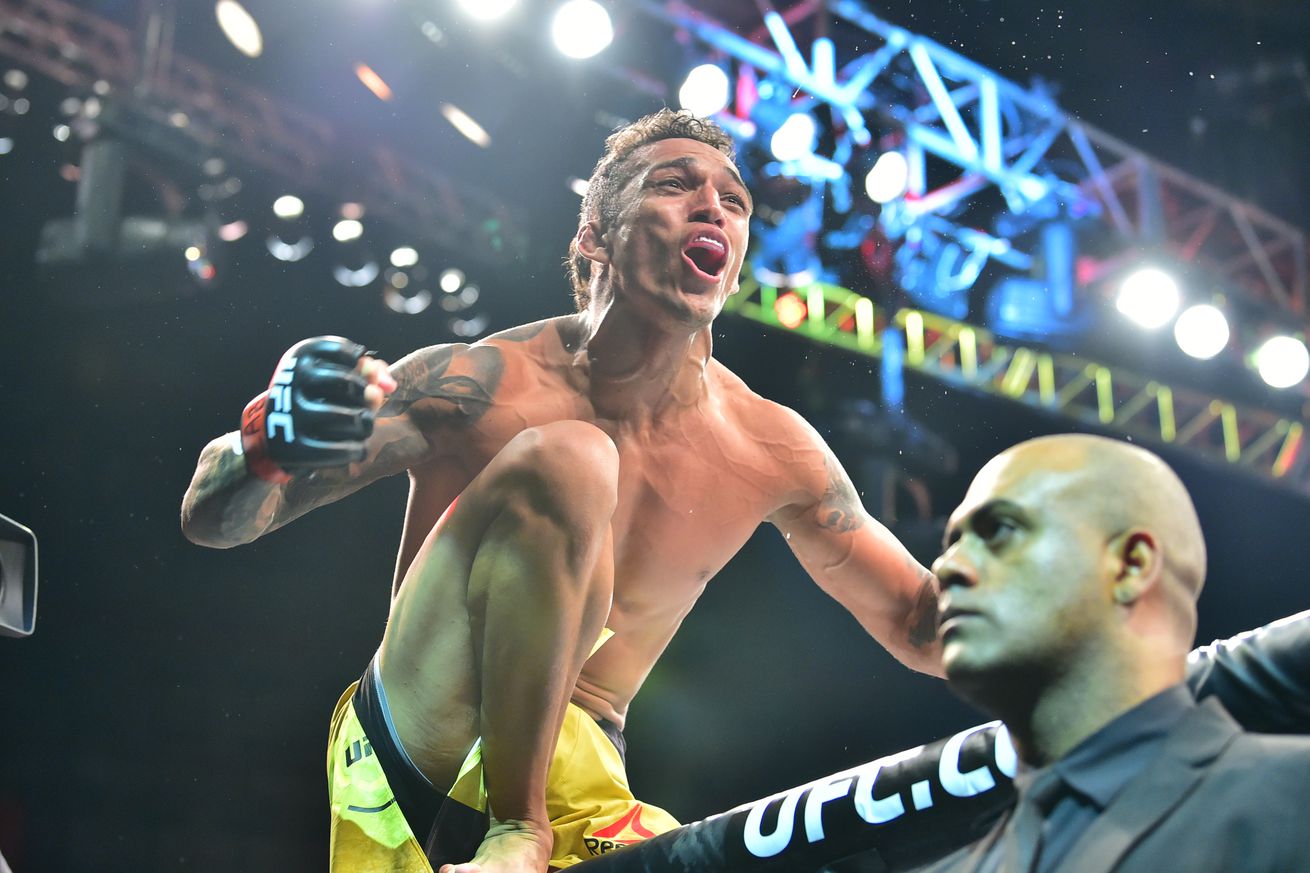 Charles Oliveira is set to headline a UFC event for the first time since he moved to lightweight, and he vows to show the world he’s the No. 1 contender at 155 pounds.

Winner of six in a row since June 2018, “do Bronx” was anxious to line up his next fight after an 86-second knockout of Jared Gordon this past November. He had heard Justin Gaethje was a possible opponent, but he said he knew the brawler “wouldn’t accept the fight because he’s the No. 3 in the world and wants someone closer to the title.”

“Nobody wants to fight me, especially knowing how good I’m looking now,” Oliveira told MMA Fighting. “When Kevin Lee’s name was brought up, I told everyone I thought this fight would happen. This is a good fight for me.”

Oliveira called for a fight with Lee after his win over David Teymur in Feb. 2018, and he’s getting his wish 13 months later. Yet the 30-year-old lightweight admits he didn’t expect it to take place on home soil when it was booked for March 14 in Brasilia.

“It surprised me because nobody wants to fight in Brazil,” Oliveira said. “They know what it’s like, but he’s a tough fighter and knows this is a big opportunity in the UFC. He knows I’m on a six-fight winning streak and he would move up in the rankings with a win. But I’m on a roll now. I asked for a main event, and my time has finally come. I want to become champion, and I’ll definitely beat Kevin Lee.”

Lee fought once in Brazil, tapping Francisco Trinaldo with a rear-naked choke after giving the crowd the finger at the ceremonial weigh-ins in Fortaleza in 2017 (watch here).

“I know Kevin Lee talks trash and comes to fight for real, and this fight will sell well – Brasilia will love it,” Oliveira said. “I asked for this fight a year ago, and it will happen now. I’m going there to put on a show and prove the world I’m ready.”

The Chute Boxe fighter is confident a victory will boost his name in the 155-pound weight class.

“I’m not even talking, I’m just putting the work,” Oliveira said. “I have faith in God that I’m going for my seventh in a row now. There’s nowhere to run, (and they know)ds I’ll be the new champion in this division. I’m ready.

“One step at a time. We’ll beat Kevin Lee on March 14 and then they definitely have to give me a top 2 or 3. I’ll be the title contender by the end of the year. There’s no denial. 2020 will be great for me.”