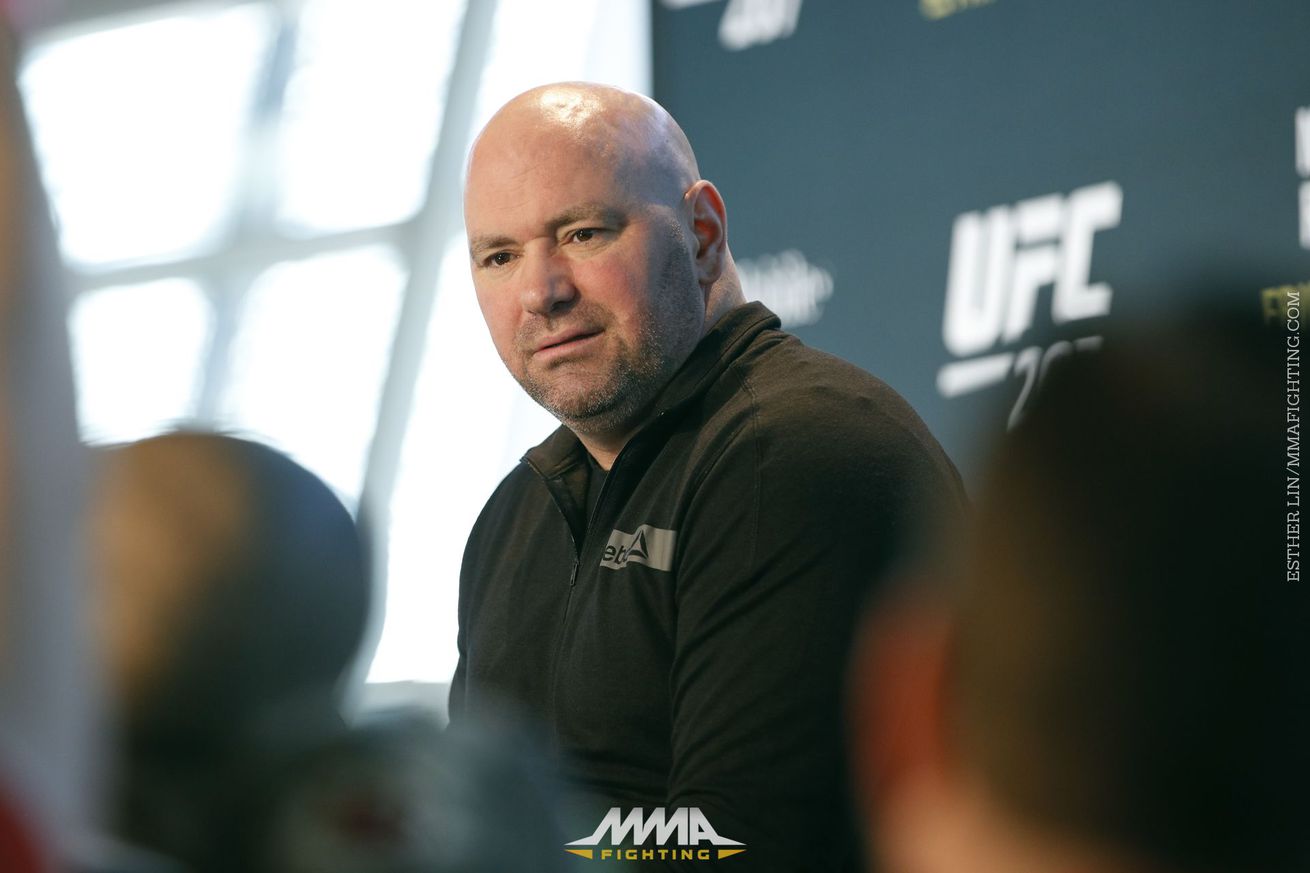 For years, Dana White has wanted to get back involved with the sport of boxing, and after the success of the crossover fight between Conor McGregor and Floyd Mayweather Jr., the UFC President began working on doing just that. By last August, White was saying that he planned to launch Zuffa Boxing by October, but October came and went and no grand plans were unveiled. And there’s a reason for that: White may be giving up on it.

Speaking with Kevin Iole recently, White gave an update on the state of Zuffa Boxing, saying that the sport may be beyond his ability to do anything.

“I hate speaking negatively about the sport of boxing, other than the fact that it’s a mess – we all knows it’s a mess – and that it needs to be fixed, if it can be fixed,” White said. “I told you guys that I would have a press conference last October and announce all these things, but as I dove into this thing and started to look into the sport of boxing, the economics of boxing, that sport’s a mess. It’s a mess and it’s in big trouble. I don’t know. I don’t know if it can be fixed.”

White did not elaborate on what exactly the hang-ups are but he has previously lamented “the internal politics” of boxing and it’s safe to say that is still the major impediment for White. Boxers, particularly well-known boxers (the kind White would need to make a push into the sport) in general receive higher compensation than UFC fighters when considered as a percentage of revenue. That’s a pretty tough barrier to overcome for White to break into the business.

And apparently he’s also against using one of the things that could be considered a major advantage to him: the prevalence of the UFC name. Other fight organizations like Bellator MMA have begun hosting events with multiple fighting disciplines (usually MMA and kickboxing) on one fight card but White says he steadfastly refuses to do the same with UFC events.

“I believe that when you put on a UFC event or a boxing event, all the focus and attention should be on that one event,” White said. “You start with the main event and then it trickles down into the card. There are some great fights that are lined up like, if you don’t know now you know. There’s a couple of fights in there that people might not actually know about that you focus on. And the same thing for a boxing match. When you go to an event, any event, you have to be focused on what’s happening on that card and excited about it. . . You can’t mix and mash all those things together. It just doesn’t work, in my opinion.”

And though the idea of structuring fight cards to expose fans to new fighters they may not know about is a cornerstone of the UFC, White believes that doesn’t carry over into cross-sport pollination.

All in all, it seems like the man who was convinced he would be the one to “save” boxing from itself is now throwing in the towel.

Is Khabib-Tony cursed? The great debate of our time.

Heavy Hands. Discussing the MMA metagame and why aggression, pressure, and volume are king.

Darren Till makes a statement on his ties to alleged mob boss Daniel Kinahan.

With all that is going on in the world right now, my fight last Friday seems completely insignificant. However, it would be remiss of me not to acknowledge it. Firstly, well done to Mason you are a warrior and you deserve the title. To my family and my team, who literally [1/2] pic.twitter.com/j6pGpR73xI

[2/2]risked their well-being to travel with me to Manchester, there are no words to show my appreciation.
To my sponsors, you made a very difficult time so much better and I can’t thank you enough.
To everyone else, thank you for the support. Look after yourselves
I WILL BE BACK

18,000 tests completed with a 94% success rate is an incredibly encouraging statistic.
Motivation for us all to keep pushing on during these times!
Let’s go ☘️

Ohh don’t be silly!
reAl FiTerZ fINd A wAy tO sTaY eLeEt. ThEy can fItE AnYtIMe aND
N-EwHeRe. ItS oUr JAoB tO AlWayS bE ReEDy!

Did I do them justice? ‍♂️ https://t.co/sZUXUIq3we

You can catch Cancer now? https://t.co/fE2gTidnDc

Bisping spent a good chunk of yesterday owning the idiotic arguments that came at him after this.

13 people dead in one hospital, in ONE NIGHT at a NYC hospital. People talking about the damage to the economy need to shut the fuck up. Monetary losses can be regained. Lives cannot and the economic damage will be way worse long term if we don’t do what’s needed.

Listen. This whole fighters are dumb and “need to be saved from themselves” thing is PLAYED. Every village has a fool but the MAJORITY of us are articulate, educated, and informed. Plenty have been/are currently professionals in other areas of expertise.

“If you are not perfect, don’t dare give advice” is an age-old bad take.

People want to lecture other people on health choices when they eat fast food, drink heavily, smoke, don’t excercise etc…. Want to be taken seriously in health discussions then lead by example through & through. pic.twitter.com/xhEtEvlRpw

What if yo house haunted…lol

GSP still had Christmas decorations up.

For those who can go out and get some fresh air, do it… Of course while practicing social distancing! I took the opportunity to finally take down my Christmas decorations. I’m sure my neighbors are going to be stoked that I did… pic.twitter.com/o2U28kQXVS

Mike Perry is something else.

Goin to the beach boy ! #Tbt #ViralChallenge #YOLO He’d actually just punched me in the mouth. (Why do you think they started recording) I created space, he followed with his fists balled. As I stepped into position around the girl he either flinched or got distracted from what his drunk ass was doing which was harassing me. He wouldn’t stop so I ended it. I threw the jab/hook split seconds before he looked to the left. I could’ve continued to ground and pound him to death but walked away and spoke to the police. For any of you acting like you’ve ever done anything for me please believe you play with fire you’re gonna get burned. If you can mind your space and social distance yourself from my personal bubble than anything can be resolved through conversation. Judge me all you want you bunch of cry to get your way hypocrite’s but I live an honest life and am the most truthful person I know. I share my life with all of you watching so please believe if you feel like you want to butt into anything you were not involved in than you, yo mama, yo daddy, yo wife, husbands, sisters, brothers, daughters, sons, and grandma’s and grandpa’s can get these pro fighter hands too since it’s ok to hit me but not ok when I hit back. Check yo selves !

Thanks for reading and see y’all tomorrow.