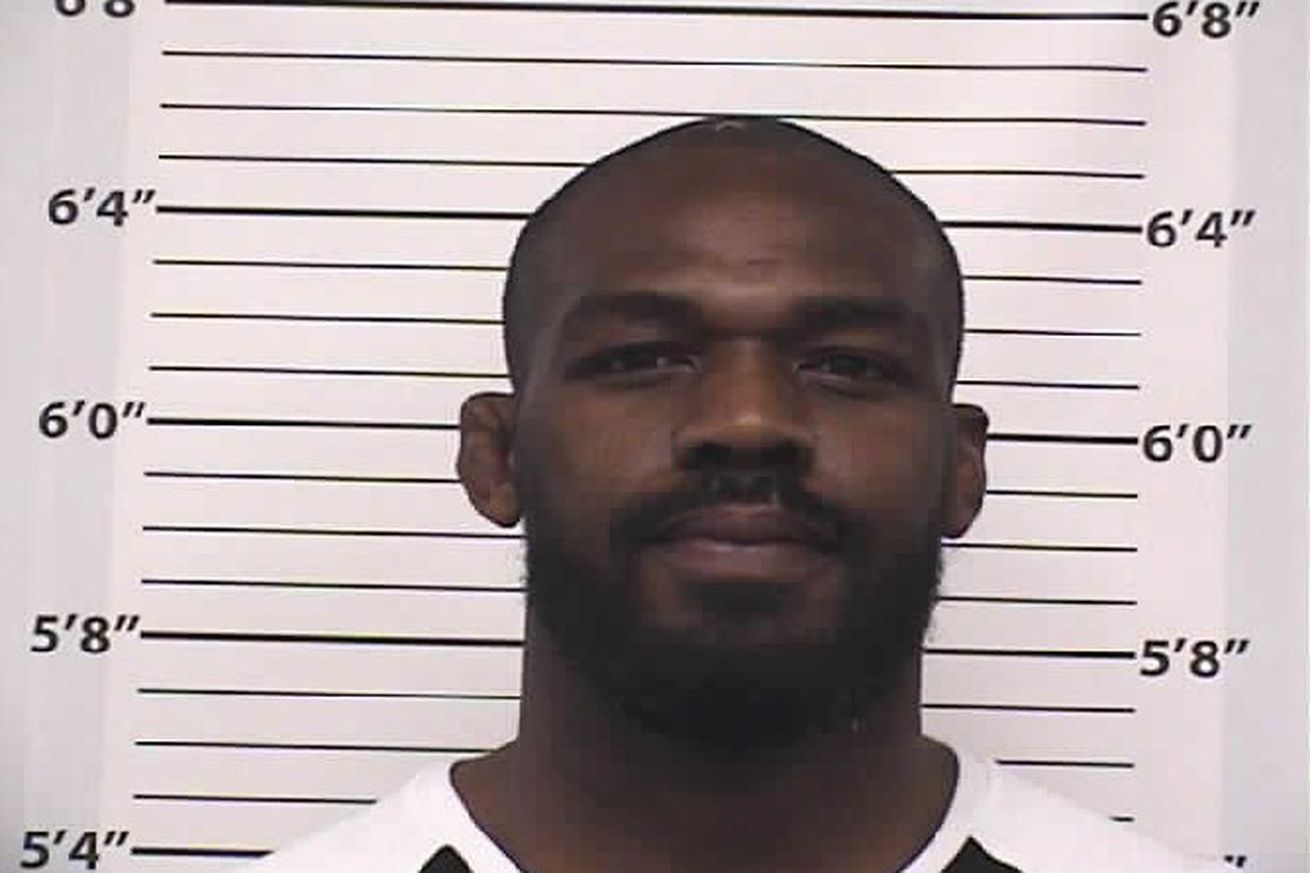 UFC light heavyweight champion Jon Jones was arrested by Albuquerque Police early Thursday morning for aggravated DWI as well as negligent use of a firearm.

According to arrest records obtained by MMA Fighting on Thursday, Jones was picked up just past 1 a.m. local time and based on booking information, he’s already been released from custody. He is due back in court on April 8 for a bond arraignment hearing, per Bernalillo County district attorney spokesperson Michael Patrick.

Jones was arrested for aggravated DWI (driving while intoxicated) as well as negligent use of a firearm, possession of an open container and driving with no proof of insurance.

Calls to Jones’ management team for comment were not returned.

According to the criminal complaint first reported by KOAT in Albuquerque, officers responded to gunshots and they found Jones in the driver’s seat of his vehicle. He claimed he didn’t know anything about the gunshots fired.

Officers noticed that Jones seemed intoxicated and he admitted to officers that he had been driving earlier that night and intended to drive again. Jones submitted to sobriety tests and performed poorly on all of them.

He later took a breathalyzer test and results returned at or above twice the legal limit.

After Jones was arrested, a black handgun was found underneath the driver’s seat along with a bottle of Recuerdo behind the passenger’s seat.

“As part of the investigation into this incident, our Gun Violence Reduction Unit will test the firearm and bullet casing to determine whether the gun has been used in any crimes,” Gilbert Gallegos, communications director for the Albuquerque Police said in a statement sent to MMA Fighting. “Reducing gun violence in Albuquerque is our top priority.”

Patrick said prosecutors are working with local law enforcement to acquire lapel video and other available discovery evidence from the arresting officer within the next 48 hours.

Unfortunately, this is just the latest incident plaguing Jones when it comes to vehicular offenses over the past several years.

Back in 2012, Jones was arrested for driving under the influence after crashing his Bentley Continental GT into a pole in Binghamton, N. Y. He ultimately pled guilty to DUI charges, paid a fine and had his driver’s license suspended for six months.

Jones was also arrested in 2015 after being involved in a hit-and-run accident in Albuquerque after he ran through a red light and crashed into two different vehicles before fleeing the scene. He later turned himself into police after a warrant was issued for his arrest.

Jones ended up pleading guilty to leaving the scene of an accident and he was sentenced to 18 months of supervised probation.

Now it appears Jones is back in hot water again following another arrest for DWI in Albuquerque.

When it comes to his fight career, Jones has been staying busy with a very active schedule after finally returning to action at the end of 2018 when he reclaimed the UFC light heavyweight title. Since winning back the belt, Jones has gone 3-0 over the past two years with wins over Anthony Smith, Thiago Santos and Dominick Reyes.

His last performance came in February and Jones has not been booked for another fight since that time.

UPDATE: The UFC issued a statement to MMA Fighting on Thursday following news of Jones’ arrest.

“UFC is aware of the situation regarding Jon Jones in Albuquerque early this morning,” UFC officials stated. “The organization has been in contact with Jones’ management team and is currently gathering information.”