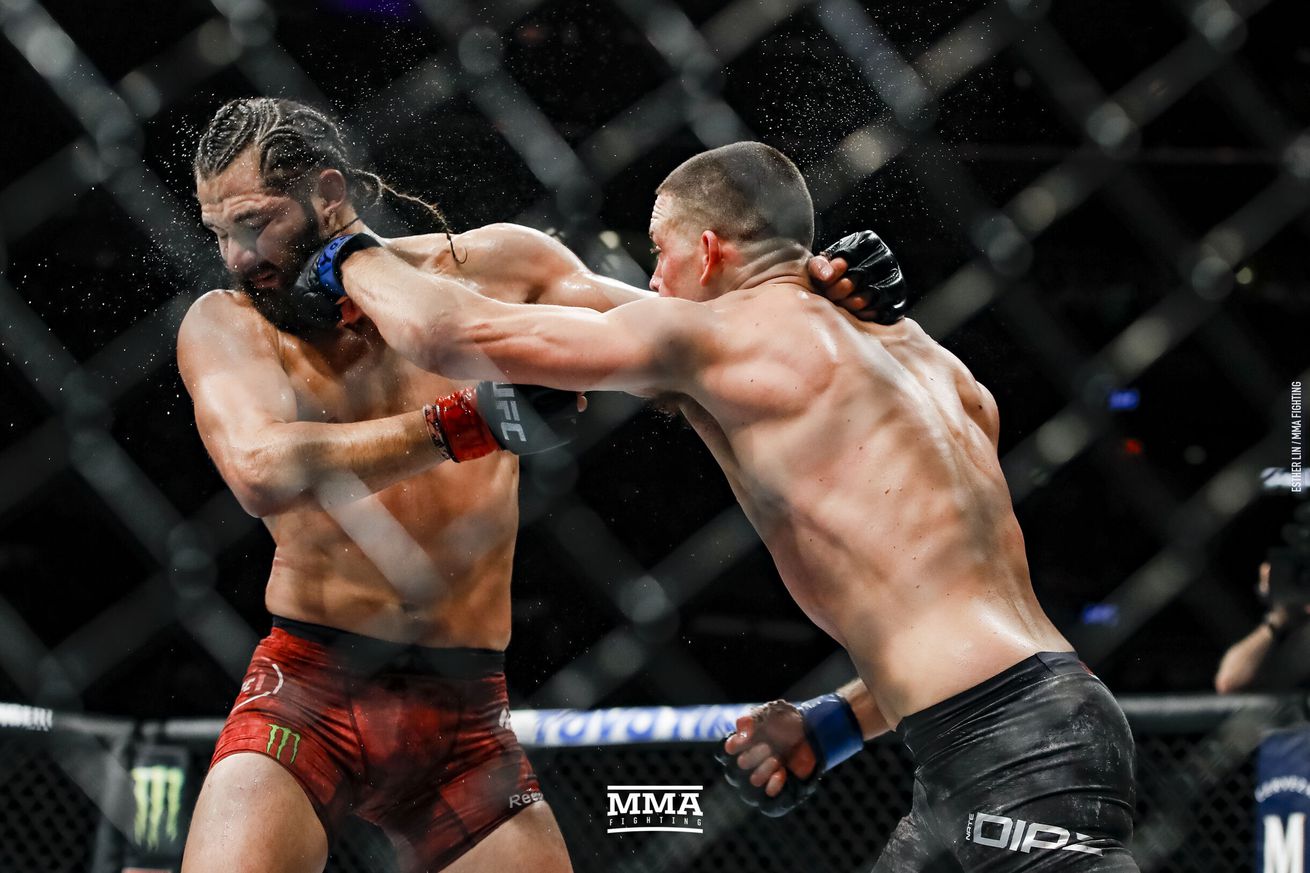 With no more major live sports events in the U.S., ESPN turned its channel over this weekend to taped UFC and WWE events.

UFC had an 11-hour marathon on Saturday, with the first eight hours, from Noon to 8 p.m., built around airing many of the greatest modern fights in company history. Built around classics like both Conor McGregor vs. Nate Diaz fights, the first Jon Jones vs. Alexander Gustafsson fight, Robbie Lawler vs. Rory MacDonald, and the first Mauricio “Shogun” Rua vs. Dan Henderson fight, the audience ranged from 327,000 to 410,000 viewers.

The prime time hours, from 8-11 p.m., aired UFC 244, the Nov. 2 show from Madison Square Garden, headlined by Jorge Masvidal’s win over Nate Diaz and Kelvin Gastelum over Darren Till averaged 725,000 viewers. The show was ESPN’s second-most-watched of the weekend, trailing a replay of the 2014 WrestleMania show on Sunday night that did 839,000 viewers.

The UFC show peaked at 1 million viewers at the start of the main event.

UFC and WWE in replay form were more valuable as far as attracting viewers than boxing.

On Monday night, ESPN aired both Tyson Fury vs. Deontay Wilder heavyweight title unification fights. The first fight did 356,000 viewers at 7 p.m. They aired the recent pay-per-view in its entirety, headlined by the second fight, from 8 to 11 p.m., and did 447,000 viewers.

The UFC will be airing another of the greatest fights in its history, the March 7 Zhang Weili vs. Joanna Jedrzejczyk fight from Las Vegas this coming Saturday.