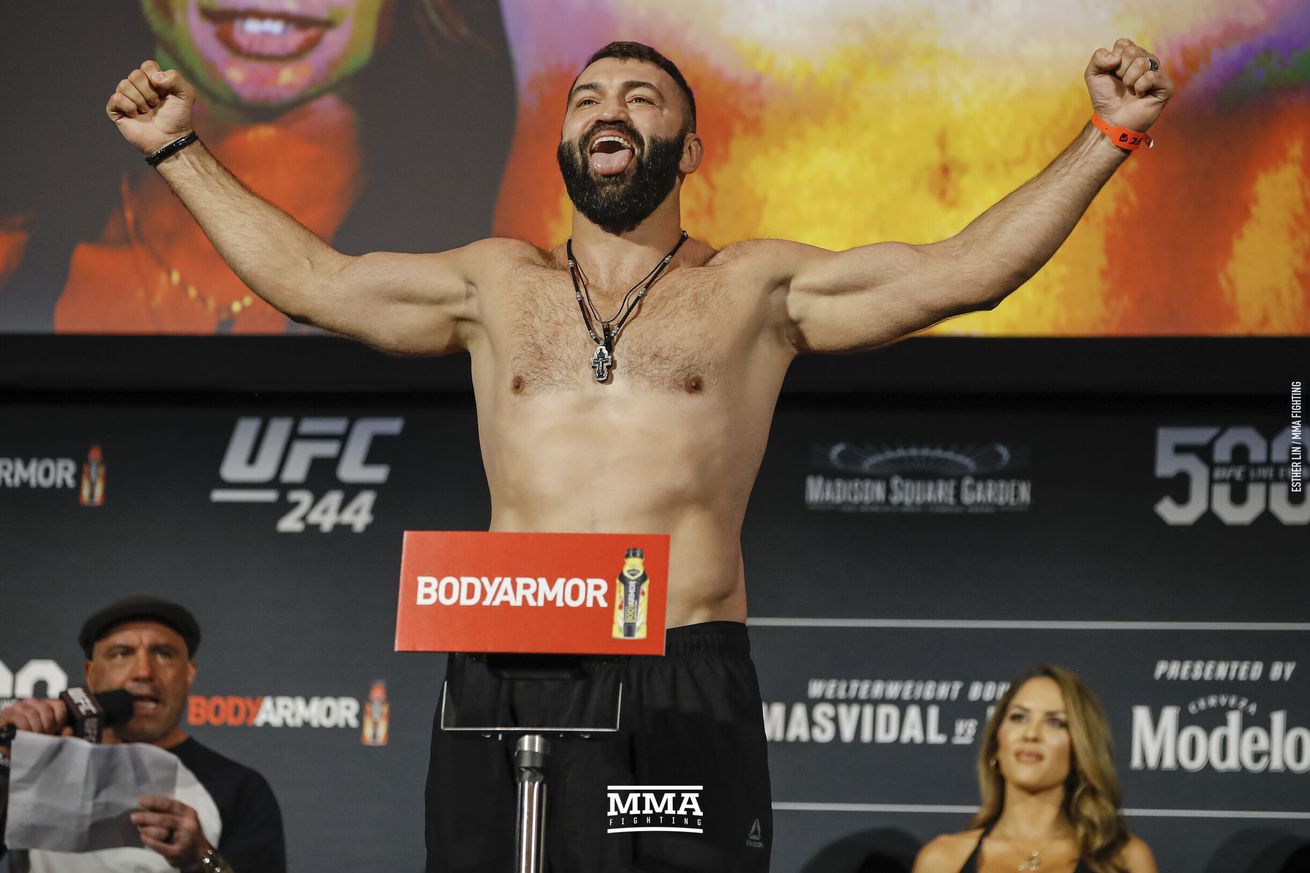 Former UFC world champion Andrei Arlovski is set to take on a surging contender this fall.

Multiple people with knowledge of the promotion’s plans confirmed to MMA Fighting that Arlovski will take on Tanner Boser at the UFC’s event on Oct. 3. As of now, a location has yet to be announced for the card.

TSN was first to report the booking.

Arlovski looks to stay on the winning track following his unanimous decision victory over Philipe Lins at UFC Jacksonville in May. Following a four-fight stretch without getting his hand raised, “The Pitbull” was able to defeat Ben Rothwell at UFC San Antonio in July 2019 before suffering a first-round knockout at the hands of Jairzinho Rozenstruik at UFC 244.

Boser will make his fifth octagon appearance in less than a year. “The Bulldoser” picked up back-to-back TKO finishes in less than a month over Lins at June’s UFC on ESPN 12, and Raphael Pessoa in July at UFC Fight Island 3. The 29-year-old was hoping to get a fight with Maurice Greene but will have a huge opportunity to knock off a former heavyweight champion.

The bout between Arlovski and Boser joins a card that also includes a women’s bantamweight matchup between Germaine de Randamie and Julianna Pena.