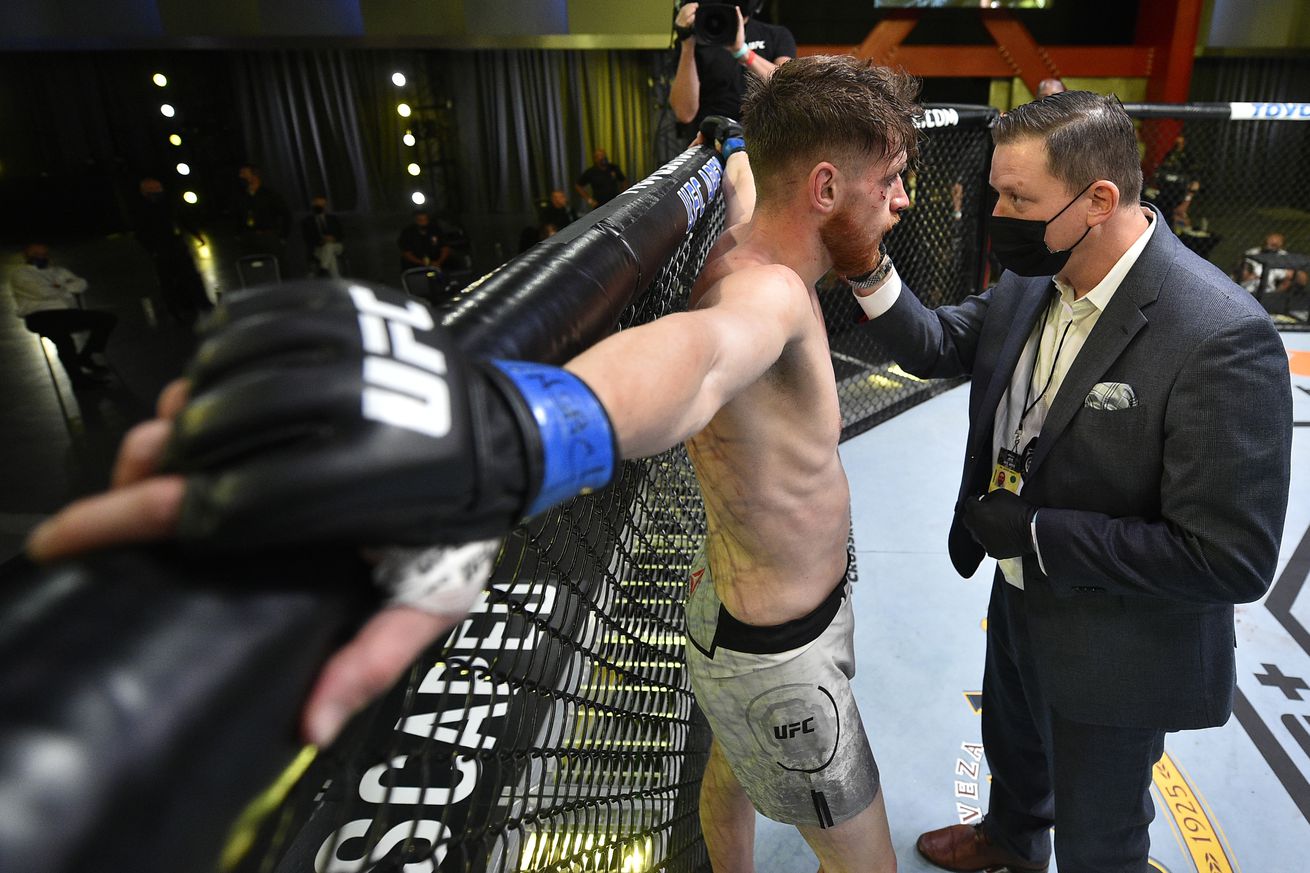 A final elbow strike from Derek Brunson rattled 22-year-old prospect Edmen Shahbazyan and possibly left him unconscious for a brief moment at the end of the second round in the UFC Vegas 5 main event.

For his part, UFC President Dana White felt like Shahbazyan was probably done at the end of round two and the fight should have been stopped.

“Shahbazyan looked like he was out at the end of that round,” White said at the post-fight press conference. “Think that the doctor could have stopped it.”

Regardless of Shahbazyan being allowed to continue, White’s bigger problem came from the doctor taking too much time to make that decision.

“First of all, the doctor’s obviously inexperienced; I don’t know anything about the doctor, but I haven’t seen him before,” White said. “You’ve got Brunson, who ends that round strong, [and] many could argue that fight could have been stopped right there at the end of the round. I’m sure ref thought the guy would have time to go back [and recover].

“What you don’t do is talk to the guy for f**king 10 minutes while he’s hurt. Either stop the fight, or let him continue but go. You’re letting the kid recover while you’ve got Brunson, who just did that work, and he’s waiting for the bell to ring so that he can go in and finish the fight. Pull the trigger one way or the other. Stop the fight or don’t.”

Brunson took care of that problem just 26 seconds later after he put Shahbazyan back down on the ground and bombarded him with punches until referee Herb Dean called a stop to the contest.

While he’s not going to tell the officials how to do their job, Brunson didn’t have as much of a problem with the stoppage, even after blasting Shahbazyan with a potential fight-finishing punch at the close of round two.

Instead, Brunson feels like the referee and the doctor ultimately gave Shahbazyan another chance to storm back in the final round.

“It’s funny, I’m hearing the media lately just saying, ‘Oh they should have stopped the fight,’ but there would be no such thing as a comeback if they would just stop every fight,” Brunson said. “He looked a little defeated in the corner, for sure. He hasn’t been pushed or tested, but take nothing away from the kid. He looked great in his other fights.

“He just had a guy who had a lot of fights. I had enough of coming out, putting up bad fights and just stinkers. So I was really locked in for this fight and made sure I’m out there executing.”

Whether the fight ended in round 2 or round 3, the outcome was ultimately the same as Brunson got the win and Shahbazyan suffered the first loss of his professional career.