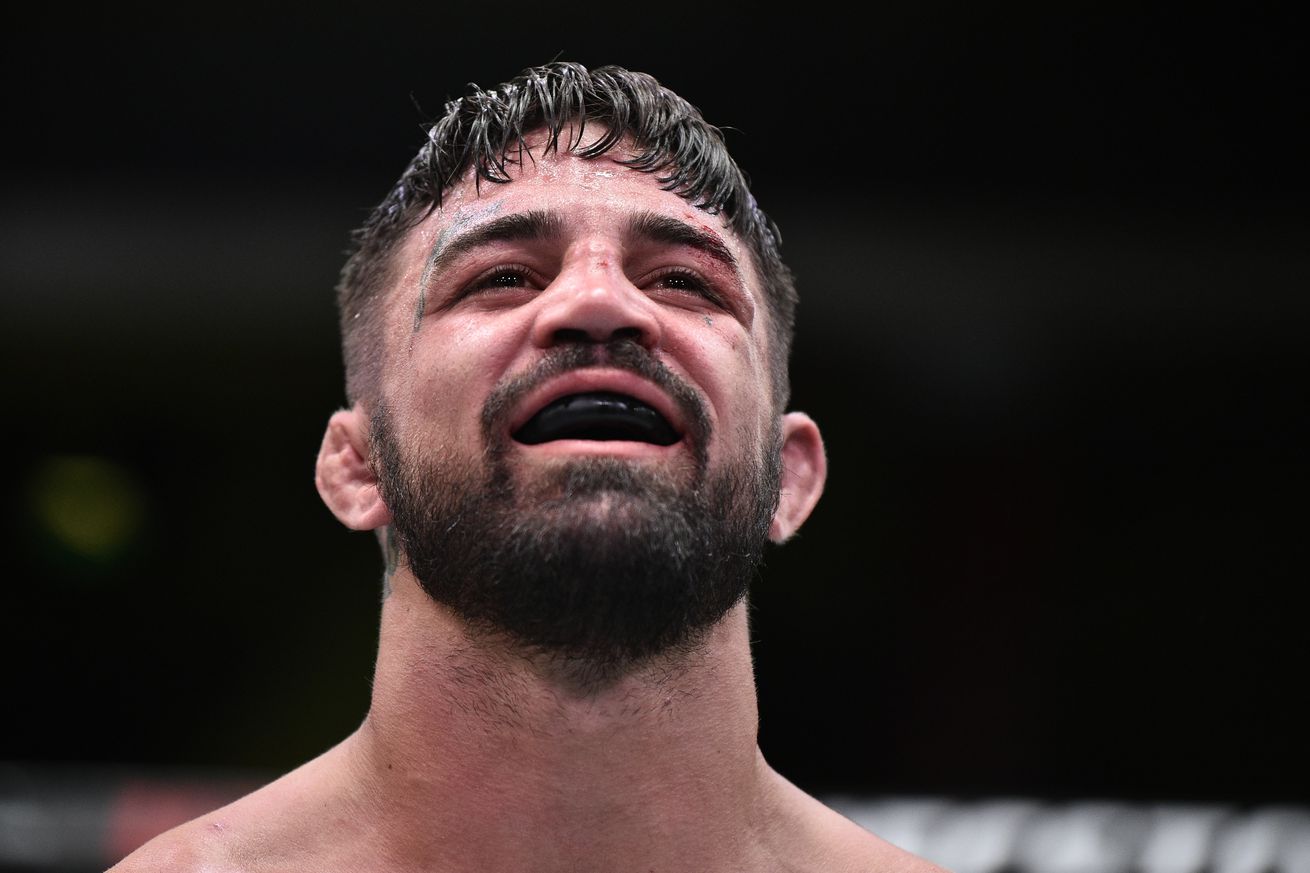 With a son on the way, Mike Perry wants to turn over a new leaf three weeks after being accused of assaulting three people at a Lubbock, Texas, restaurant.

The UFC welterweight said he wants to be “a better role model” for Latory Gonzalez, who four days ago announced she is pregnant, so he could “earn the respect I deserve.” He also apologized to his promoter and sponsors for reflecting negatively on them in his recent brush with the law.

I want to be a better role model for my family. For my unborn son. My Queen @latory_g and for myself so I can earn the respect I deserve. To my sponsors and my bosses at @ufc I want to apologize for how my actions have impacted our relationships. I will be better all around #Oss

Perry then posted a picture of he and Gonzalez backstage at his most recent fight, a UFC on ESPN 12 meeting with Mickey Gall that ended with a decision win. Perry nominated Gonzalez to be his sole corner for the bout, arguing she was better suited for the job than non-fighter coaches, and gave her performance high marks.

Perry is accused of assaulting three people after a dispute at Table 82 in Lubbock. Video of the incident surfaced and appeared to show him punch an older man after an unknown woman asked him to leave the restaurant. Perry told police he had an argument with the first victim, whose girlfriend stepped in between and began “clawing” at him. Perry said he pushed a second victim’s face back after being touched on the shoulder, and the third victim was struck after grabbing his face and shirt. Police questioned and cited Perry for a misdemeanor assault, but made no arrests. At least one of the victims was hospitalized for his injuries.

Afterward, the UFC said he would not book Perry until he underwent a treatment program for alcohol abuse.