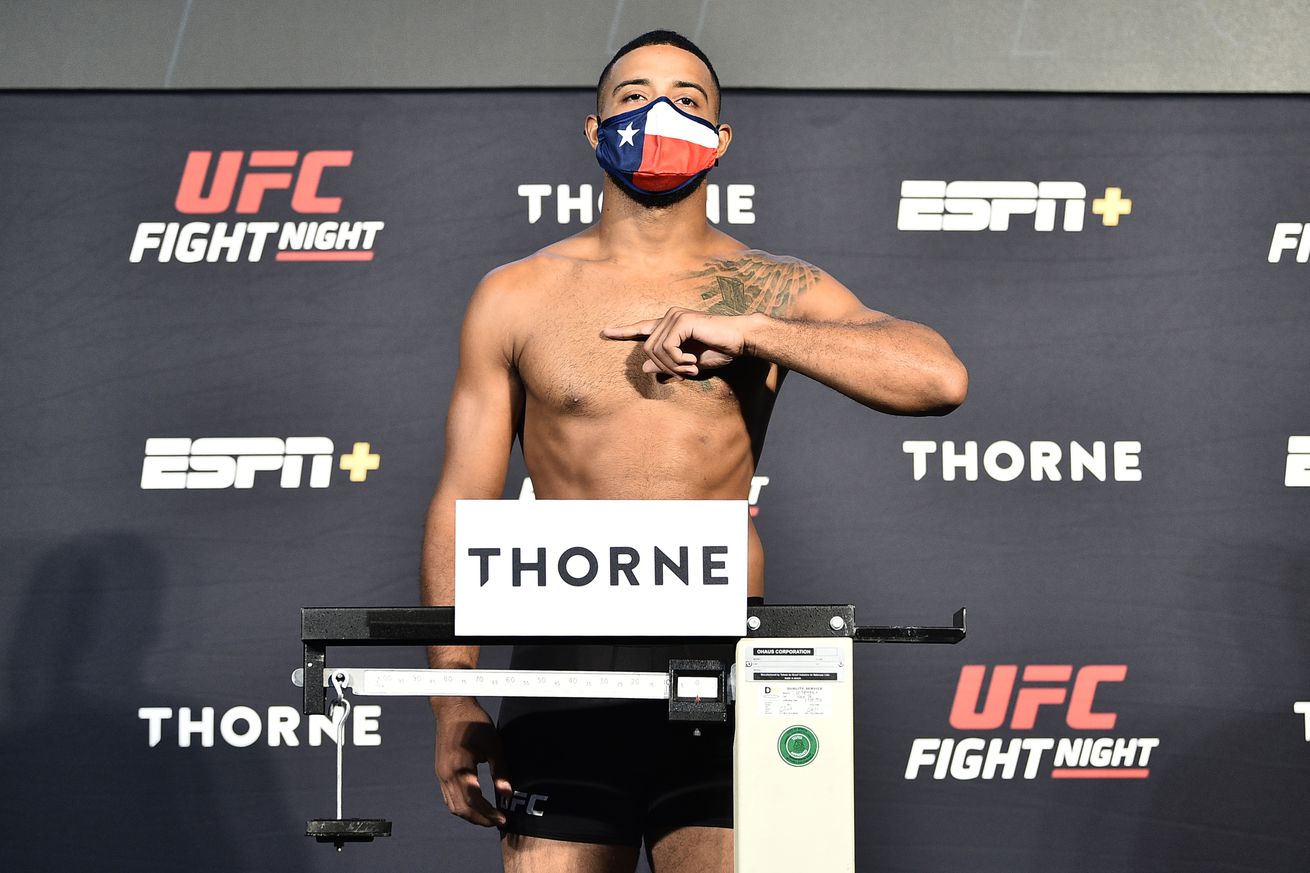 UFC middleweight Trevin Giles will remain overnight in a Las Vegas hosptial on the advice of doctors after fainting backstage at UFC Vegas 5.

Giles, 27, was moments away from a bout with Kevin Holland on Saturday at UFC APEX when he passed out and was unresponsive for approximately 15 seconds, according to his camp. He felt fine after coming to, but the Nevada Athletic Commission canceled his bout, and he was transported to the hospital.

. @trevingiles will remain at the hospital overnight for further medical evaluation. Thank you to everyone for the thoughts and concern.

At the post-fight press conference, UFC President Dana White said doctors attending to Giles “think that his anxiety went through the roof” before fainting.

“That was one of those fights tonight to be, ‘If you don’t know, now you know,’” White said. “There was a lot of pressure, and who knows what he was dealing with, and he fainted.”

Giles took to Instagram on Saturday night to let everyone know he was okay.

All good everyone. Thanks for the concern. I’ll be back soon.

For White, the episode was another reason Saturday’s card was one of the most unusual in recent memory. The promotion lost several fights due to travel restrictions caused by the pandemic, COVID-19 positives, injuries, and other reasons. Giles wasn’t even the only fighter to pass out; flyweight Joanne Calderwood lost consciousness backstage after a submission loss to Jennifer Maia and was transported to the hospital.

White said he tried to get light heavyweight Ed Herman to fight Holland, but Herman wasn’t ready to fight. A rep from his camp told MMA Fighting Herman had already started eating and drinking alcohol in addition to breaking quarantine and was unable to compete. Holland is expected to return to the octagon either on Aug. 8 or Aug. 15 during the UFC’s spate of shows at the UFC APEX.

“This was the f*cking craziest week ever,” White said. “We got through it. We’re here. Holland couldn’t have had a better attitude about the fight pulling out. He was ready to fight tonight if we ended up getting Ed Herman back, and he wants to fight next week or the week after. The kid couldn’t have had a better attitude about it, and I’m excited to see him come back and fight.”

Giles, who’s a police officer in Houston, most recently fought at UFC 247, where he won a split decision over James Krause to snap a two-fight skid.